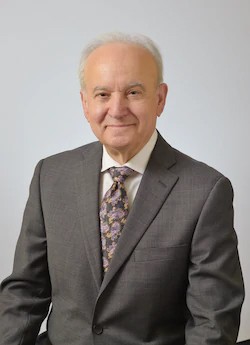 Today, I'd like to shine the spotlight on Peter Kepecs, owner and dealer principal at Downsview Chrysler (Chrysler, Jeep, Dodge, Ram, Fiat), a true leader and an inspiration to many over four decades.

I'm delighted to call Peter a friend and a colleague. In the 1980s, Peter hired me as a manager at Downsview Chrysler. Peter was a mentor at an important point in my career. Indeed, his wisdom and leadership gave me the confidence to pursue my own dreams in the car business.

By the mid-1970s, Peter had moved into sales at Downsview, where he excelled. A few years later, he approached the owners about his ambitions to move into management and possibly become a dealer principal himself. The owners encouraged Peter to continue working hard and they helped him to achieve his goal.

The mentorship that Peter received became a model for how he would mentor his own employees. He has always believed in treating people fairly and putting other's interests before his own.

Throughout his career, he has been an equal-opportunity employer, hiring men and women of diverse backgrounds and providing them with the resources and opportunities to succeed.

For Peter, ensuring that employees are happy, motivated and engaged has been a recipe for success. As a testament to his caring attitude and leadership abilities, many of Peter's employees have worked at the dealership for 20 years or longer, and many have gone on to work in management and ownership positions elsewhere.

With its relentless focus on employee and customer satisfaction, Downsview Chrysler has achieved an impressive list of industry awards and recognition. The dealership is consistently one of the top-producing Chrysler stores in Canada and has won Chrysler's 5-Star Service Award and the Chrysler President's Award.

Besides providing great leadership, Peter has given back to the industry in other ways. He's been a member of the MOPAR Masters Club, the Chrysler Dealer Council, and the Chrysler Advertising Council.

If there is a message Peter would like to convey, it's that the retail automotive business is a thriving and dynamic field. He says the sector is often overlooked among young people as a career option, and he would encourage students of all ages to consider a career in the business.

He points to the Automotive Business School of Canada at Georgian College in Barrie, and Centennial College in Toronto, as two of the many post-secondary institutions that provide excellent education and training for careers within the car industry.

Peter says a new-car dealership today consists of several businesses under one roof (sales, digital marketing, accounting, technical repairs, human resources, IT). For those who are willing to work hard and commit to their careers, the opportunities are endless.

On behalf of the Trillium Automobile Dealers Association, it gives me great pleasure to congratulate Peter Kepecs on his outstanding career and for his many years of serving the retail automotive industry with distinction.

Benny Leung - From The Wheels Section in the Toronto Star